2017 saw Bluestep sponsor The London Charity Softball League for a third year running and this year's final was the best one yet!

The Bluestep charity team and 6 league finalists headed into London’s sunny Hyde Park to battle it out for 1st prize, and thankfully the weather held out (can we get an amen!).

After setting up the site with our classic carnival games and food and booze stalls – which went down a treat after being cleaned out in just 5 minutes – we were on the side-lines cheering the teams on all afternoon until sunset. 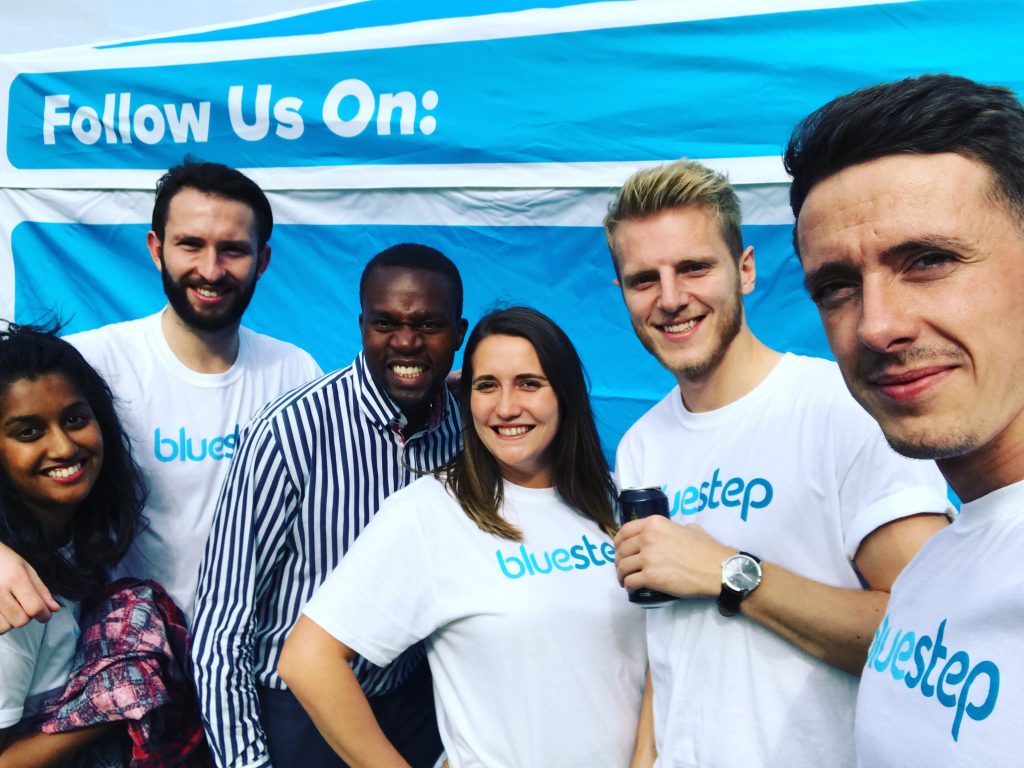 Here’s the Bluestep team squeezing in a quick selfie between matches.

Taking home the 3rd place shield was the Raptors (British Red Cross) after kicking the Sporks (Save the Children) out of the competition. 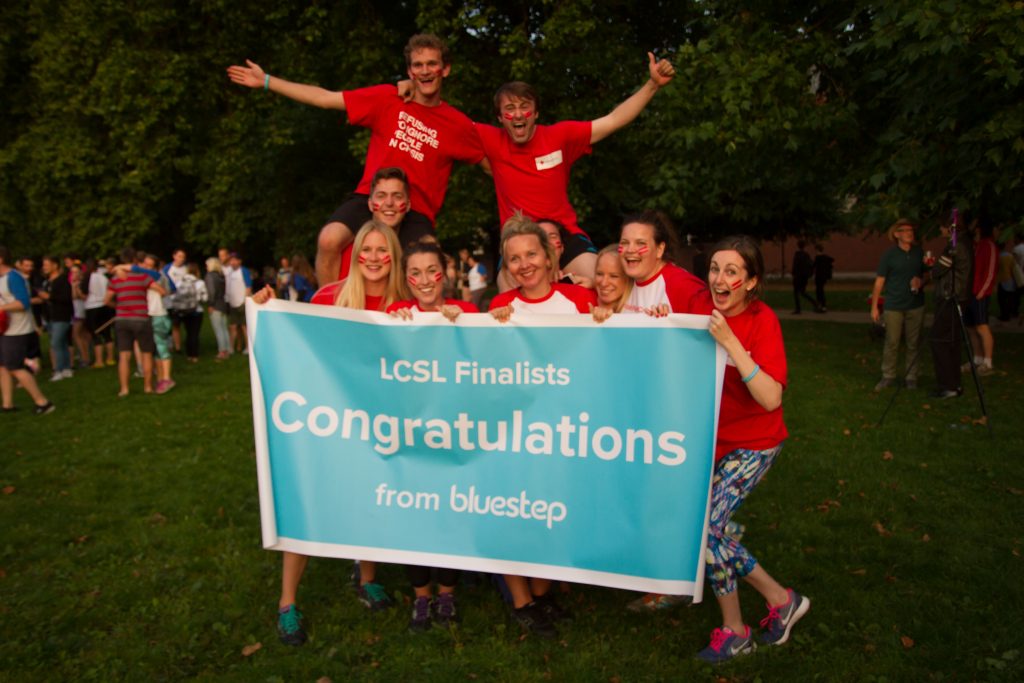 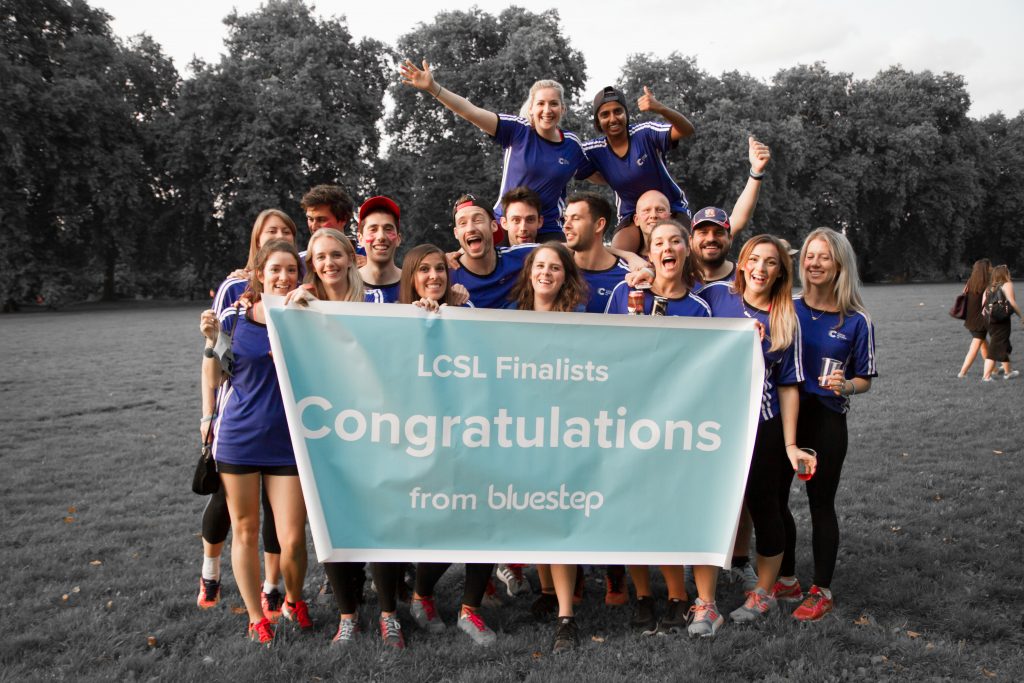 The world suddenly lost colour at this point. We’re still not sure why…

And the much-deserved Tits n Tache (Movember and Coppafeel) beat Mind and took the 1st place cup back to the office, securing their status as softball champs. 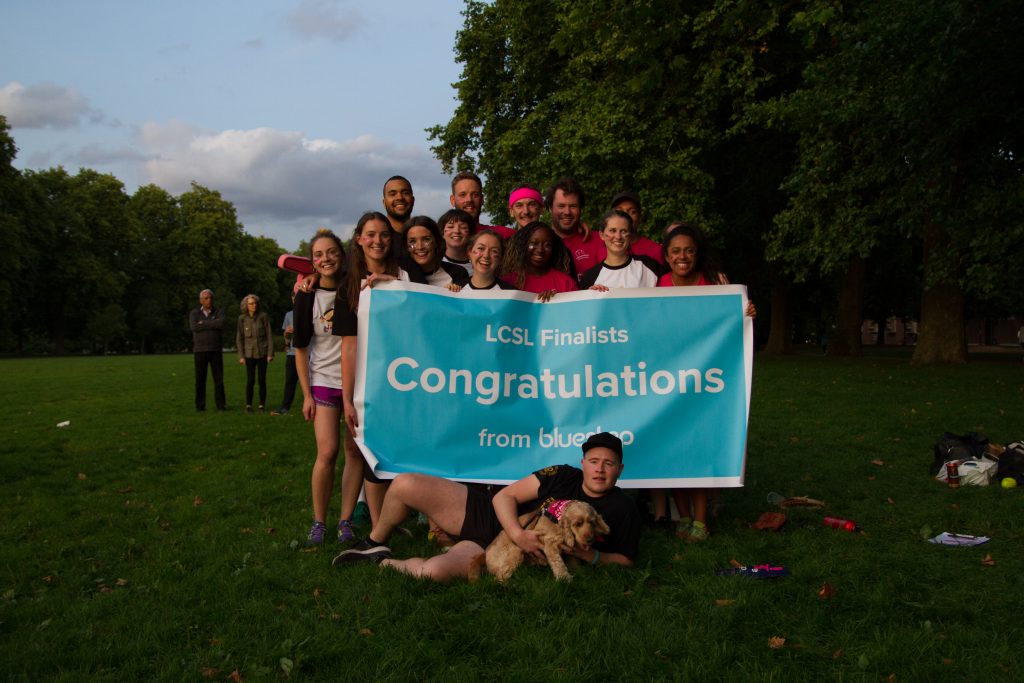 We decided to up the ante at this year’s event. Not only did we set up our own carnival games for everyone to go head to head in, but we also debuted our ultimate lipsync competition for the LCSL teams to compete in. We decided Justin Timberlake’s ‘Can’t Stop The Feeling’ was simply the only song good enough to mime to.

Shimmying their way to the lipsync crown was Raleigh’s entry, which you can check out here along with all the other charities entries.

We also ran a social media competition throughout the games where we award a charity for the best use of Twitter. We crowned Muscular Dystrophy UK thanks to their social-savvy bunch. They know a good gif when they see one!

For this year’s league, we’ve worked closely with some of the charities designing their t-shirts, and we’re proud to have been able to sponsor another great year of softball.

Thank you to The London Charity Softball League for choosing us to sponsor this year’s event, we’ve had an amazing time and have loved coming to London to support you all. We’ll see you next year to do it all over again!